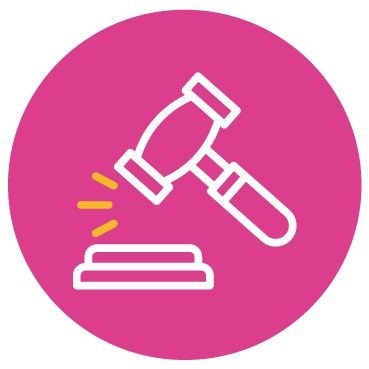 You are invited spend two nights at the not-for-the-public cottage, “Love Shack”, at Constantia Glen wine farm and to join the owner or the winemaker at Constantia Glen for a private tour of the estate and winery located in the upper slopes of Constantia.

End the day with dinner for two on the Estate’s Tasting Room while enjoying the spectacular views of the Constantia valley.

The 60 hectare property, situated at an altitude of 130-270 metres above sea level, has a mere 29 hectares under vine with production of wines limited to 120 000 bottles per annum

The magnificently appointed wine estate on the upper reaches of the Constantiaberg, is one of the jewels of the Constantia Valley, home of South African wine with a proud winemaking history dating back to 1685, when Simon van der Stel first made wine on his farm called Constantia. After van der Stel’s death in 1712, the Constantia farm was split into three properties known today as Groot Constantia, Klein Constantia and Buitenverwachting.

Our 60 hectares of land (today known as Constantia Glen) would have been far too difficult to farm in the 1700’s and was most likely used for grazing of livestock for the first hundred years of Constantia’s history. Originally called Benydendal and later Klein Benydendal, the farm was first registered in 1813 to its original owner, Johannes Gregorius van Helsdingen, who was the first to plant vines on the farm. By 1832, when his nephew Johannes Frederick, inherited the property, it was a productive farm under 15 000 vines. Not much is known about the 11 years that followed, which saw a fairly rapid succession of ownership until 1843, when Sebastiaan Valentyn van Reenen, a grandson of the Cloete’s, the famous Dutch VOC merchant family, bought the farm and renamed it Glen Alpine. Under the van Reenens Glen Alpine prospered and became a renowned wine estate visited by many callers to the Cape including Queen Victoria’s son, Prince Alfred. In 1851 the land was sold once more on auction and the property changed hands several times over the next 100 years during which time the land was used primarily for small scale farming with fruit trees, a small vineyard and dairy, but largely the farm became overgrown with forest vegetation.

The Waibel family from Austria bought Glen Alpine farm in 1960 and set about building their homes on the farm, as they set up a large textile business, called BMD Knitting Mills, in the Cape. Although living on the farm, the land was not commercially farmed from 1960 until 1995 when it became an elite stud farm for champion Red Angus breeding stock. Around about 1998, Dieter Waibel, together with his son Alexander and son-in-law Gus Allen, started with the planning to bring the land back to its original function as a wine farm.

Then in January 2000, following a devastating wild fire on the Cape Peninsula that destroyed most of the vegetation on the farm and required that the Red Angus cattle had to be evacuated, the decision was made to perform extensive soil tests around the property and the first vineyards were planted in September 2000 with the majority being planted in 2001 to make up the farm’s 29 hectares planted to wine grapes today. The 60 hectares of undulating landscape overlooking False Bay has been under the custodianship of the Waibel family, first as rolling forest land, then a Red Angus cattle stud before returning to its historic wine growing roots, and renaming the farm to Constantia Glen when the first wine was produced in 2005. Evident by the property’s rapid change of ownership from first registration in 1813 until 1960, it is clear that these upper slopes of Constantia are not easy to farm, but the rewards have come a plenty for the Waibel family whose dedication and steadfastness to produce high quality wines has proven to be a success from this very unique position in Constantia. Having owned the farm since 1960, they are the longest standing custodians of this land since it was first registered as a farm in 1813.